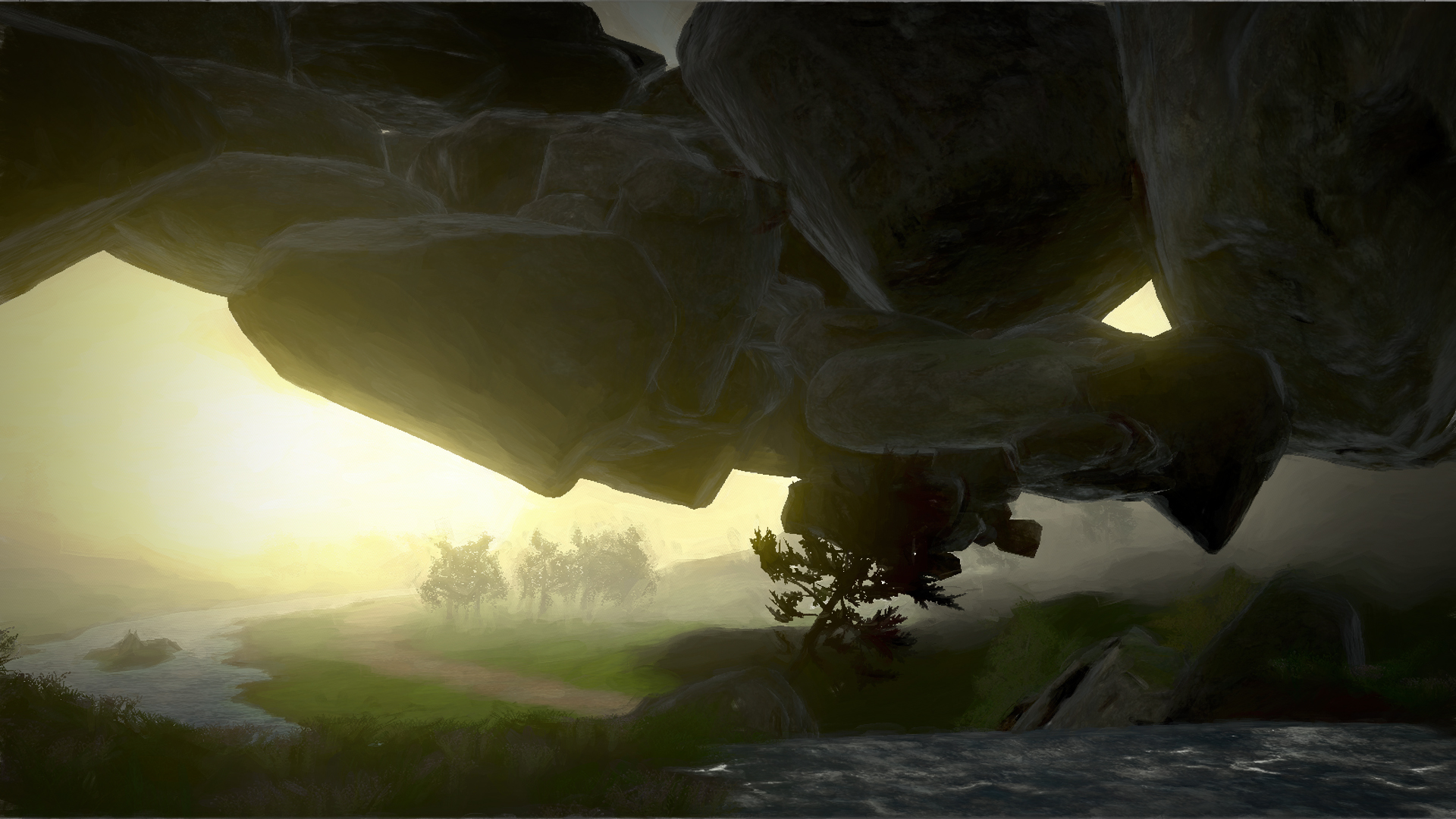 In the depths of the river lives the Oilliphéist, a fierce dragon kept at bay, for now, by magical shrines placed on the enchanted islands that float above its lair.

If the shrines receive no worship, the dragon will sometimes emerge, to lay an egg on the highest of these islands, in the hope that it’s offspring may escape the confines of the cursed valley and its blackened surroundings, once patrolled by the creature.

Draoi use the egg as sport, with teams competing against each other to secure the shrines and to reach the egg first.

Two teams of five begin at opposite ends of the cursed valley. They must fly and replenish the power of the Dragon’s prison spell by channeling its protective energy back into the shrines.

Cast your flight spell, then find the shrines. Worship nearby, raising your hands above your bowed head until the shrine receives enough energy to bind the dragon to its prison.

The protective shield around the egg, on the highest island, will reduce each time your team takes a shrine. Only when enough shrines are captured will one of you be able to take the egg and claim victory!